The Top Things To Do In Ouarzazate Morocco Highlight:

Ouarzazate (pronounced “War-za-zat”) is a French creation — a once isolated military outpost that still exudes a frontier-type atmosphere despite its position as the major administrative center of the region. Discovered by Hollywood in the 1960s and 1970s, hotel developers flocked to the town during the 1980s and embarked on a hotel-building spree in anticipation of a tourism boom that has never really risen to the expected heights. There are, however, a number of film studios based in the town that attract their fair share of big-budget productions, and when combined with a steady stream of overnighting tour buses, the town’s hotels seem to fill up nicely.

Ouarzazate for most travelers is simply a transit point en route to the desert or the High Atlas, but no matter how long your stay, you’ll be struck by the town’s pleasant lack of noise and hustle and the laid-back nature of its almost 50,000 inhabitants. Befitting its status as a regional center, Ouarzazate offers most modern facilities and services. Combine this with the city’s few sights, consistently sunny days, and proximity to the region’s attractions, and Ouarzazate can be a very pleasant base for a few days of exploring. 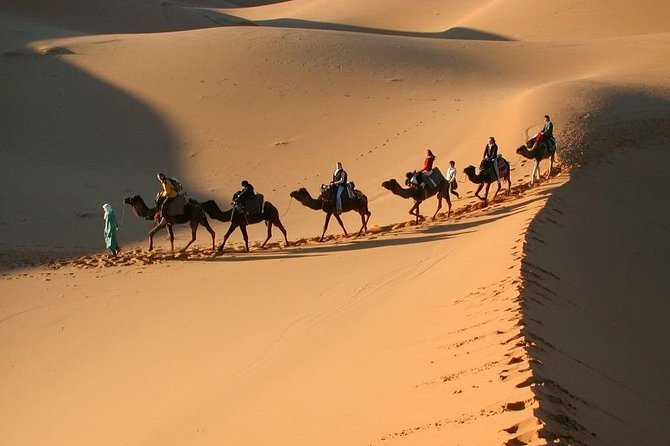 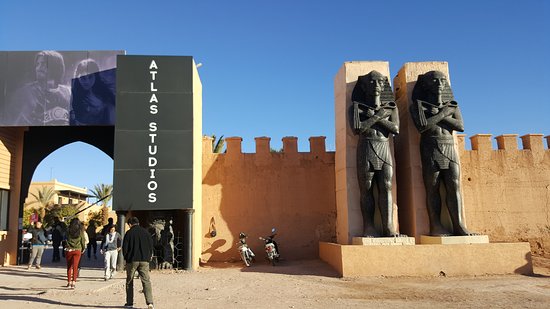 Erected in 1983, 3km west of Ouarzazate, the Atlas Studios are a hotbed of the global film industry. The natural setting of the place, the large workforce available on site as well as the diversity and quality of the facilities and equipment, made the Atlas Studios so successful. Many very famous films have been shot there: The Diamond of the Nile by Lewis Teague, Gladiator by Ridley Scott, Spy Game by Tony Scott, Asterix and Cleopatra by Alain Chabbat, Kingdom of Heaven by Ridley Scot, La Colline a des ‘Alexandre Aja, Indigènes by Rachid Bouchareb, Babel by Alejandro González Inárritu or Prince of Persia by Mike Newell.

When there is no filming, the studios organize guided tours from 8:30 a.m. to 11:50 a.m. and from 2:30 p.m. to 5:50 p.m. During these visits, you will be able to discover the sets used for the shootings, and the guides will tell you the anecdotes of these shootings.

For the visit of the Atlas studios, count 80 Dh (approximately 8 euros) for an adult 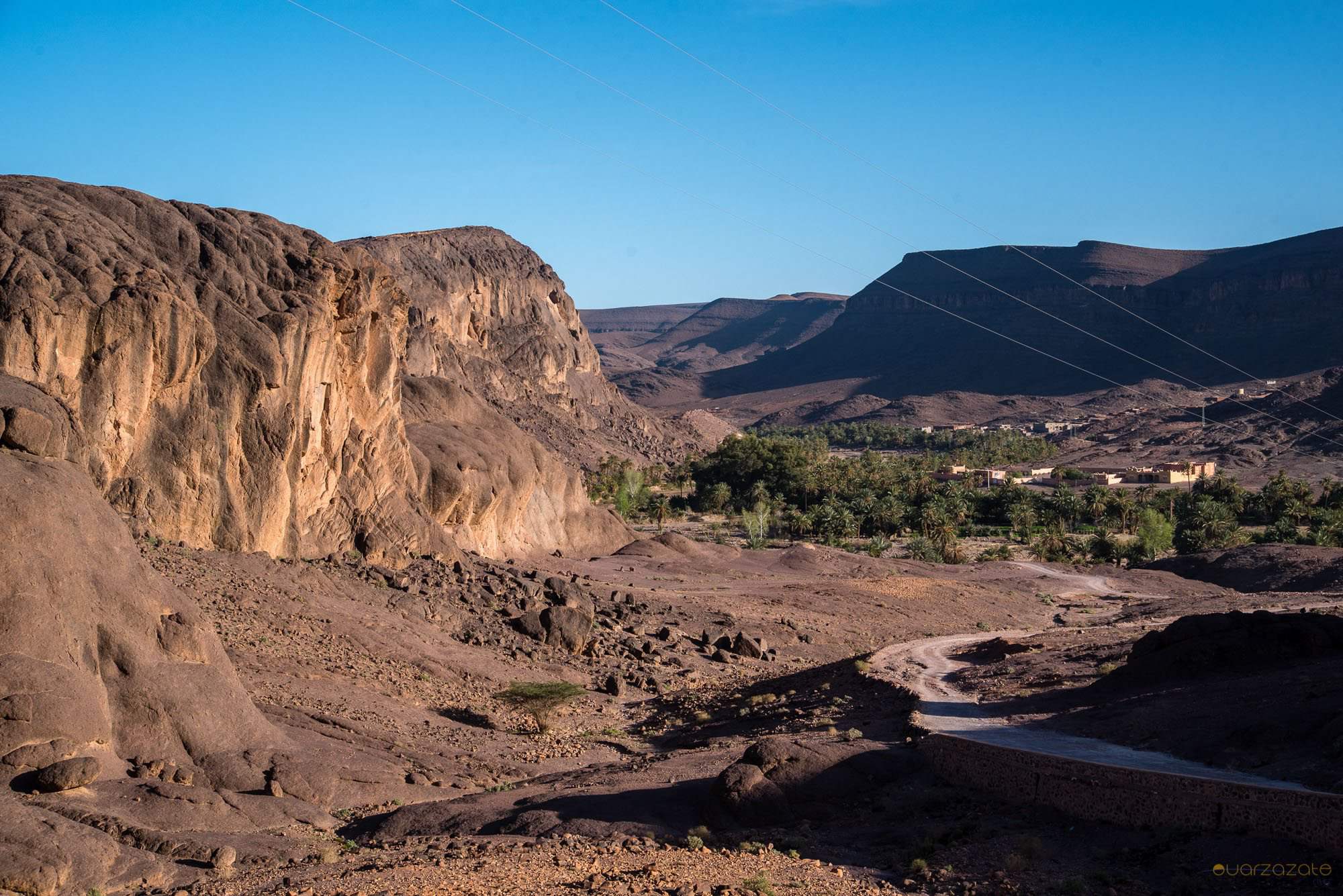 hidden oasis of Ouarzazte The name Fint in Tamazight means “Hidden”. Why? After driving for a while on a dirt road, it gets difficult to imagine that any oasis will be on the horizon. In fact, Fint is under the horizon. At km 10, you start driving down on a zigzag track, then you see it. Glorious date palms oasis hidden between the hills.

Fint is a great place to take a break. You can have lunch in the small guest houses, or eat your picnic under the shade of a palm tree. If you like nature, hiking, and village life, Fint is a must-visit spot.

Although the kasbah is quite wrecked from the outside, it still features some of the most beautiful Andalusia decoration with painted cedar ceilings, similar to the architecture seen in Marrakech and Fes. The Kasbah was built in 1860, owned by the Glaoui family. In the early 19s, Thami Glaoui governed Marrakech, therefore the Kasbah become one of his official residences. Thami has made an effort to make it look and feel like a palace. The Kasbah is a testimony of so much History, do not hesitate to hire a guide to talk you through the history of the Kasbah. 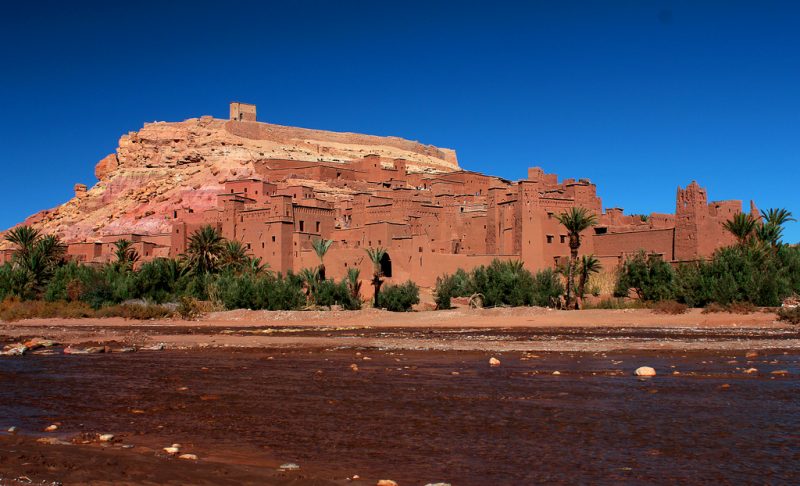 Ksar of Aït-Ben-Haddou is a kasbah (fortified town) located 18 miles (30 km) from Ouarzazate. This town has been filmed numerous times, like Ouarzazate, and can be seen in the following films: Lawrence of Arabia, Gladiator, The Mommy, and The Jewel of the Nile.

The ksar Aït Ben Haddou, a community village, is the jewel of earthen architecture in the Southeast. An impressive masterpiece in harmony with its natural and cultural environment. Built on the side of a hill in the Ounila Valley, this complex of ocher and pink earth stands out with its ramparts and defensive walls reinforced with beautifully decorated towers.
The Ksar Aït Ben Haddou dates back to the 17th century. He played a big role in the Saharan trade. It was an important trading post on the trade route that linked Sudan to Marrakech via the Draa Valley and the Tizi-n’Telouet.

READ MORE ABOUT TOUR FROM OUARZAZATE